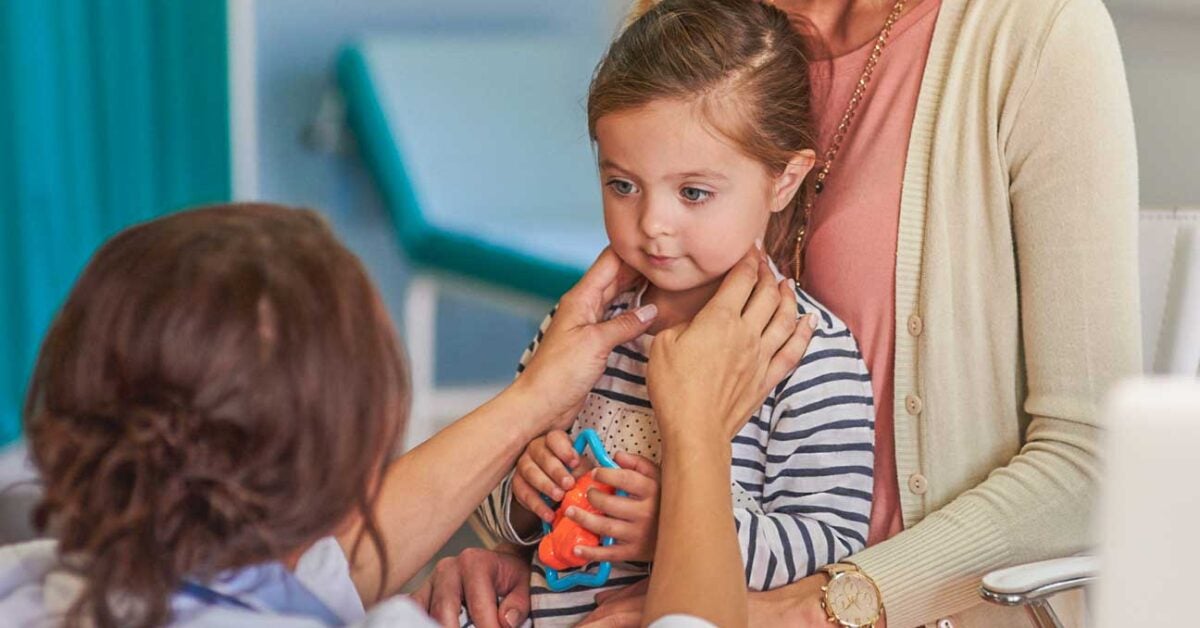 Researchers say children who undergo tonsillectomies have a higher risk of asthma and respiratory infections as adults.

Does the surgical removal of tonsils and adenoids in young children have long-term health implications?

Researchers in a new study say the removal may increase the risk of certain ailments, but other experts aren’t so sure.

The findings from the Danish researchers were published in the Journal of the American Medical Association (JAMA).

The authors say data suggests that tonsillectomies and adenoidectomies in children may increase the rate of upper respiratory infections and asthma they experience when they become adults.

The researchers used the data of roughly 1.2 million children. Within that group, about 17,500 had undergone adenoidectomies, nearly 12,000 had tonsillectomies, and more than 31,000 had both surgeries.

The children in the study were born between 1979 and 1999, and the researchers followed their health for approximately 30 years.

The authors cite a two-fold increase in upper respiratory disease in adults who had either their tonsils or adenoids removed when they were children.

In general, adults have a 12 percent chance of contracting upper respiratory ailments, according to the authors. Adults who had undergone adenoid or tonsil surgeries carried another 2 percent increased risk.

Sean G. Byars, PhD, a lead author of the study and a research fellow at the University of Melbourne in Australia, told the New York Times that this is the first study to look at long-term risks associated with surgical removal of adenoids or tonsils.

“Our results raise the important issue of when the benefits of operating outweigh overall short- and long-term morbidity risks. The long-term risk associations presented herein add a new perspective to these considerations,” the report stated.

Healthline spoke with two doctors from Emory University School of Medicine in Georgia about the report.

Both agreed that statistically the report can make the argument to use caution when deciding to remove tonsils and adenoids.

But the study, while sound, doesn’t really provide a meaningful conclusion.

“I think it’s commendable and admirable, but I don’t think it answers any real questions,” Raol said. “It shows a statistical significance but not a clinical one.”

Goudy had concerns that not a single medical doctor participated in the study.

“Not that [people with] PhDs aren’t capable of research, but it should include the stakeholders,” he said.

Raol said one of the most glaring issues is the data used to draw the conclusions. For starters, there isn’t any information as to the reasons behind the surgery, she said.

“We don’t know why the kids had the surgery,” she said.

Goudy echoed the same concerns. The reasons for surgery should play a big part in the equation. Without that information, it’s difficult to extrapolate the findings in a way that influences treatment.

“People don’t walk in and get their tonsils removed for no reason,” he said. “The paper doesn’t discuss the inferences.”

Another issue, according to Raol, is that the study also doesn’t account for the differences between the control groups.

“We don’t know if the surgical and non-surgical groups were identical,” she said.

For the study to deliver a meaningful conclusion, all parties should really have the same characteristics.

“You want to be comparing apples to apples, not apples to oranges,” she said.

Raol also noted the report is using stats from a country that is primarily Danish. She said the country’s national healthcare registry makes data mining an excellent resource for health studies, but it’s not a diverse population. She’d like to see a study that takes into account different ethnicities.

In the United States, more than 500,000 children get their tonsils or adenoids removed each year.

That number is down from the rate that occurred in the 1970s and 1980s, when tonsillectomies, in particular, seemed like a rite of passage for young children.

About 30 years ago, approximately 90 percent of tonsillectomies in children were done for recurrent infection, according to the American Academy of Otolaryngology — Head and Neck Surgery.

The organization has specific guidelines for parents and physicians to consider before the surgical removal of adenoids or tonsils.

These include the rate of reoccurring infections despite antibiotic therapy and bouts of difficulty breathing due to enlarged tonsils or adenoids.

Goudy said the option for tonsillectomy is usually suggested for children who’ve had at least six or more bouts of tonsillitis in one year.

“These are very real consequences,” he said. “Just the other day I had a patient who was so happy to hear she was getting her tonsils out. She was clapping her hands. She’s tired of being sick.”

Enlarged adenoids are just as serious, he noted, and cause even longer lasting health issues if they remain intact.

Disruptive sleep is the biggest concern because inconsistent sleep tends to impact a child’s learning abilities.

“Studies have shown that a child who has sleep apnea [due to enlarged adenoids] often does poorly in school,” Goudy said.

He said today the decision to remove adenoids or tonsils is really a group choice made by the doctor and parents. It isn’t taken lightly.

“Everything we do is shared decision-making,” Goudy said.